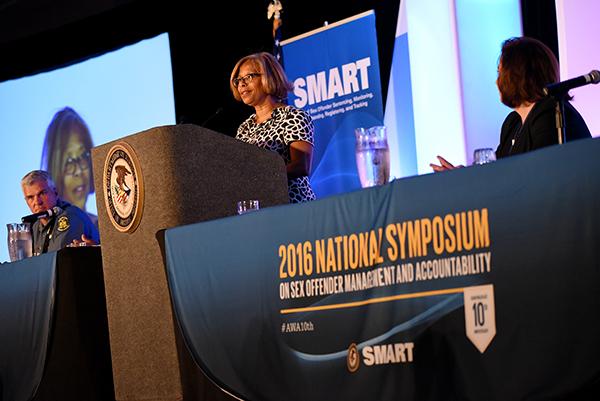 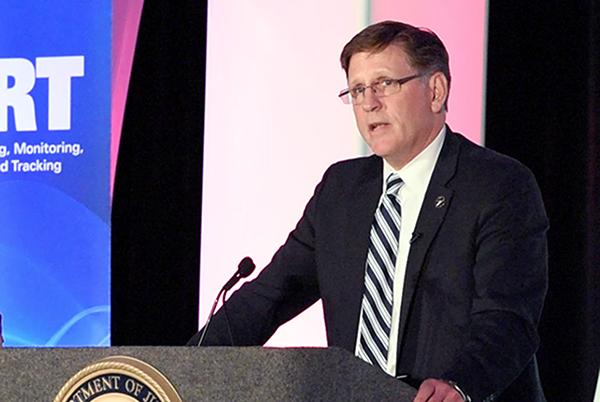 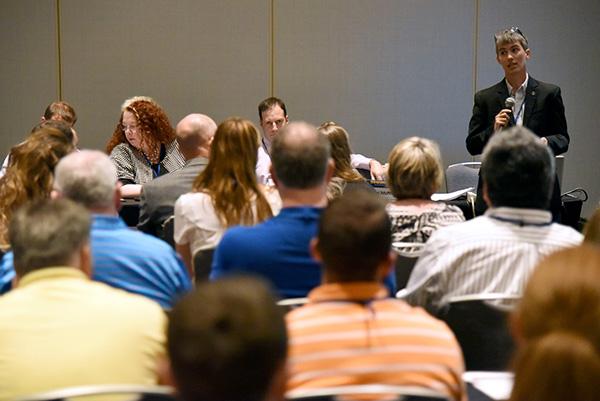 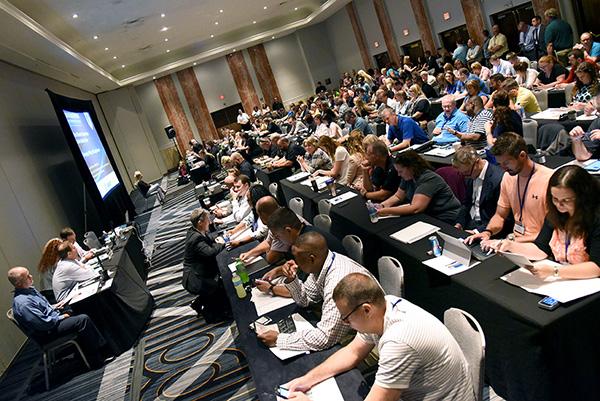 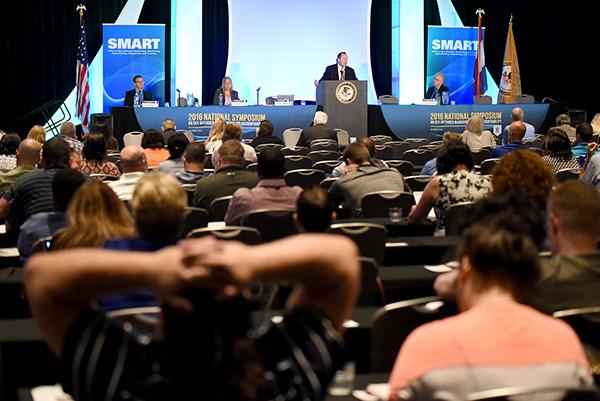 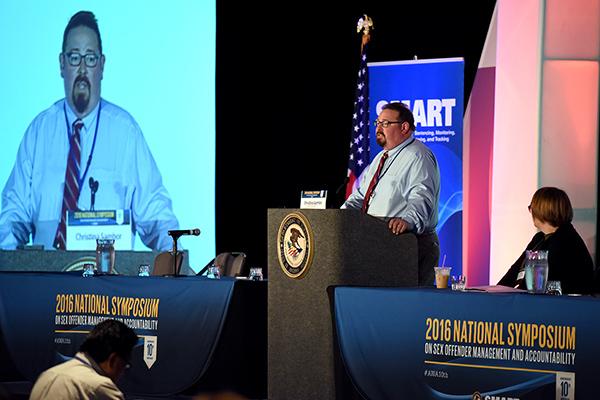 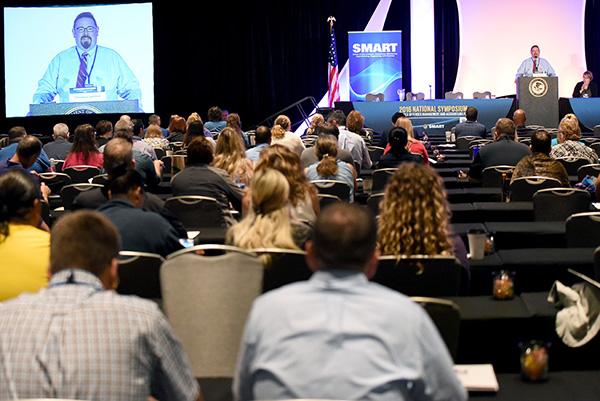 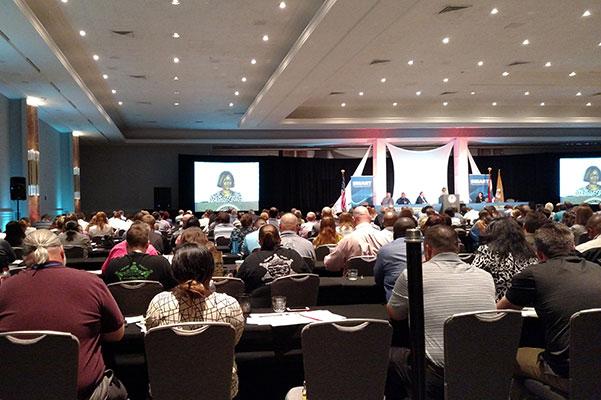 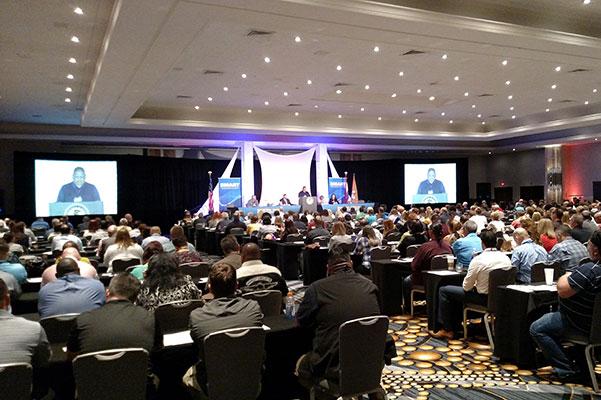 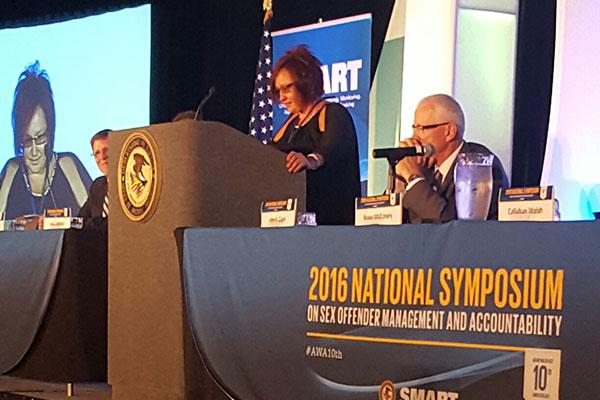 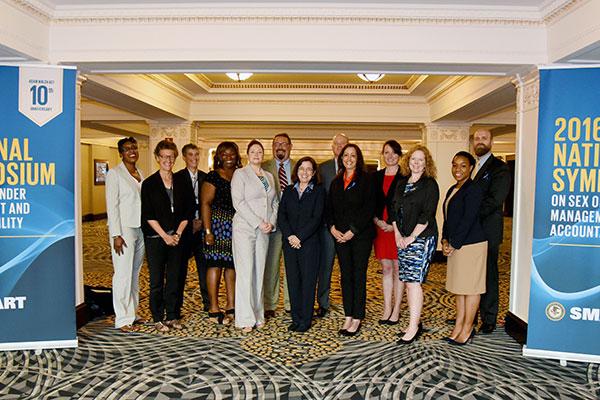 The SMART Office’s National Symposium provides jurisdictional representatives with advanced training to assist in their work toward implementation of the Sex Offender Registration and Notification Act (SORNA), and offers panel presentations and networking opportunities in various areas of sex offender management and accountability.

“The Adam Walsh Act has helped dozens of jurisdictions build the infrastructure for managing sex offenders within their borders,” said SMART Office Director Louis C. deBaca. “The SMART Office will continue to give our state, tribal, and territorial partners the support they need to keep their citizens safe.”

The 2016 symposium opened with a ceremony that included a presentation of colors by the Missouri State Highway Patrol Troop and the Kansas City, Kansas Police Department; a Tribal welcome from Elmer Lamson, a SORNA officer for the White Mountain Apache Tribe; and opening remarks from Director deBaca and Lt. Col. Sandy K. Karsten.

The 2016 symposium’s plenary sessions were “The SMART Office Sex Offender Management Assessment and Planning Initiative (SOMAPI): Assessing and Disseminating Evidence for Effective Policy and Practice” and “Boom Economies and Human Trafficking: Impacts in Rural, Tribal and Border Communities.” Four groups of concurrent sessions were also offered during the two-day conference.

“Like any good symposium or conference, it’s a way to get new information that your regular day-to-day job doesn’t necessarily allow you to accomplish, as well as meeting different folks form different perspectives, that allow us to enrich what we do and make is more effective and more useful,” said Mary Coffee, policy and planning administrator from the Florida Department of Law Enforcement.

The symposium also commemorated the 10th anniversary of the Adam Walsh Act. “We’ve seen such tremendous improvement in the area of sex offender registration, monitoring and public notification, that we point directly to the enactment of the Adam Walsh Act. We’ve seen states and tribes and territories have much better communication, we’ve seen the U.S. Marshals step up in an amazing way to make sure there is no place in America that a non-compliant sex offender can hide,” said Staca Shehan, executive director of the Case Analysis Division of the National Center for Missing & Exploited Children.

The closing ceremony included remarks from John F. Clark, president and chief executive officer of the National Center for Missing & Exploited Children, and David L. Harlow, deputy director of the U.S. Marshals Service. A Tribal closing was contributed by Kendra Smith of the Turtle Mountain Band of Chippewa Indians.