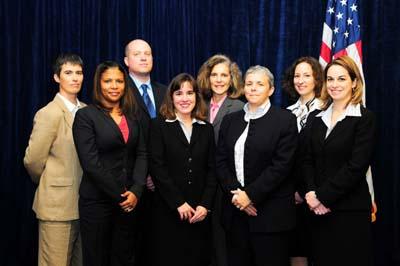 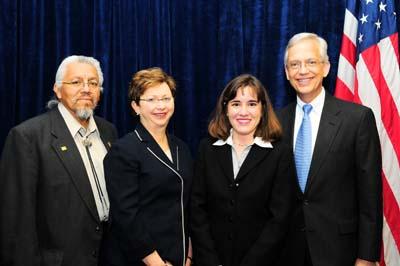 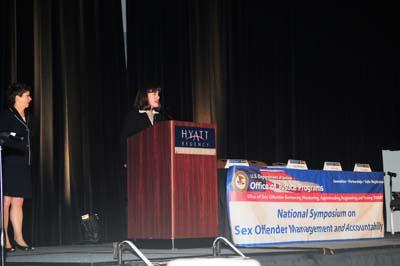 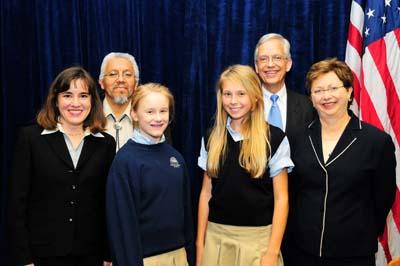 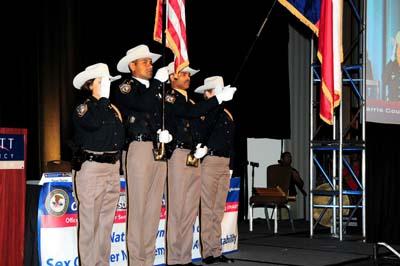 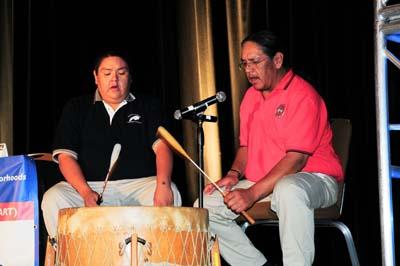 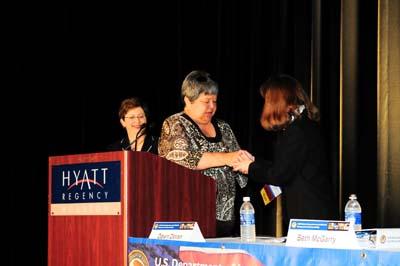 Presentation of tribal coin by Alabama Coushetta Tribe of Texas 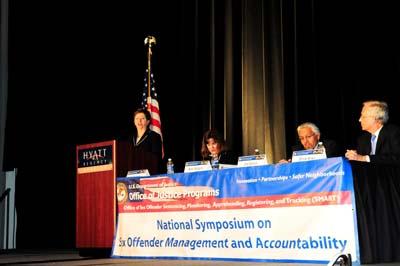 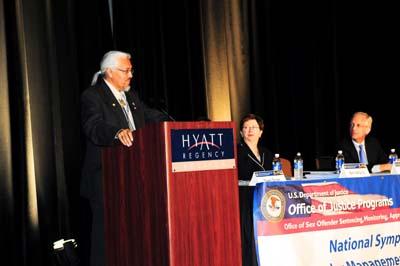 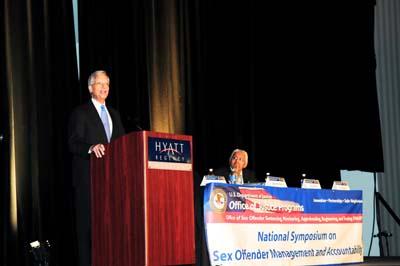 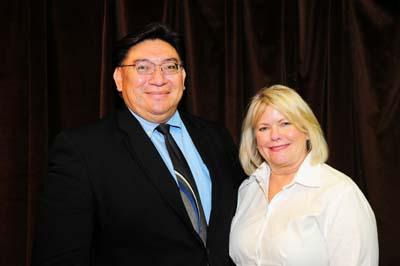 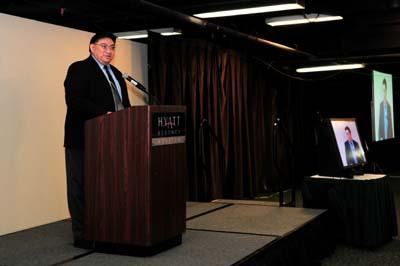 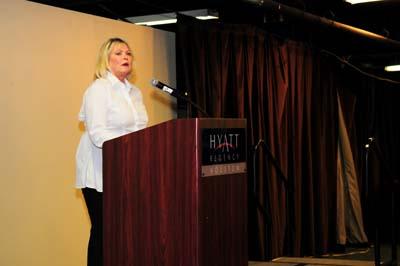 The 2009 National Symposium on Sex Offender Management and Accountability was held April 21-23 in Houston, Texas, to provide jurisdictions with advanced training as they work towards implementation of the Sex Offender Registration and Notification Act (SORNA), Title I of the Adam Walsh Child Protection and Safety Act. The Symposium offered nationally recognized expert speakers and panel presentations in all areas of sex offender management and accountability, along with networking opportunities.

The Harris County Sheriff's Office's Honor Guard began the 2009 Symposium's Opening Ceremonies by carrying the Colors to the podium as more than 600 law enforcement, social workers, probation officers, tribal representatives and attorneys from all over the United States stood in attendance. The ceremony continued with singers from the Alabama Coushetta Tribe of Texas and the Main Street Children's Ensemble. Remarks were delivered by Dawn Doran, Acting Director of the SMART Office; Beth McGarry, Deputy Assistant Attorney General for the Office of Justice Programs; Joe Garcia, President of the National Congress of American Indians; Ernie Allen, President and Chief Executive Officer from the National Center for Missing and Exploited Children; and a video address by John Walsh, host of America's Most Wanted.

The conference provided three tracks: Enforcement, Indian Country and Policy. Participants chose the panel discussions to attend, and some covered the implementation of SORNA in Indian country, case law and research updates. Other sessions included an overview of the joint efforts of the U.S. Marshal Service, the Sex Offender Tracking Team at the National Center for Missing and Exploited Children, and the El Paso, Texas Police Department and the inter-agency coordination challenges presented by the international borders with Mexico and Canada. Policy discussions were held concerning the efforts to track sexual offenders and demonstrations were conducted showing the Dru Sjodin National Sex Offender Public Website (NSOPW) and the Tribal and Territory Sex Offender Registry System (TTSORS). To end the symposium, Dr. Anna Salter, a clinical psychologist, who evaluates sex offenders for civil commitment proceedings, discussed in great detail the types and motivations of sex offenders. Edward F. Gallagher, III, Assistant US Attorney for the Southern District of Texas, delivered closing remarks focusing on the successful investigations and prosecutions under SORNA.

The symposium attendees received numerous practical resources and presentations throughout the week. As Beth McGarry, the Deputy Assistant Attorney General noted, "We can hope that 25 years from now, those who follow us will be able to say that our work together on sex offender management issues, including the successful implementation of the Sex Offender Registration and Notification Act, made a difference and protected our children and others from harm."