How Tribes can "TAP" into Information Databases 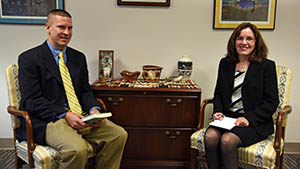 Ten tribes are participating in a new phase of the roll-out of the Tribal Access Program, a valuable tool available from the Department of Justice that improves public safety as it allows tribes to access and exchange criminal justice information. Launches have already occurred at Fort Peck, Makah and Standing Rock, and others are scheduled throughout the summer. The Attorney General recently highlighted TAP as one of the cornerstones of public safety in Indian country. As the program expands, it's important to understand what the program is and how it's being used in Indian country.

The Violence Against Women Act of 2005 and the Tribal Law and Order Act of 2010 require the Attorney General to ensure that tribal law enforcement officials who meet applicable federal or state requirements be permitted access to national crime information databases. In addition, certain federal laws, such as the Sex Offender Registration and Notification Act, require entry of tribal sex offender biometrics and biographical data into national crime information databases, including the National Sex Offender Registry. However, the reality is that until the advent of TAP, many tribes had limited or no access to these databases and whatever access they had depended upon various regulations, statutes and policies of the states in which the tribes were located.

In August 2015, through funding from the SMART Office, DOJ initiated a TAP pilot to provide tribes full access to certain national criminal and civil information databases and, by November 2015, selected nine tribes for participation. DOJ's Office of the Chief Information Officer (OCIO) operates TAP in collaboration with DOJ's Office of Tribal Justice, the SMART Office, the COPS Office, the FBI's Criminal Justice Information Systems Division and the tribes themselves.

The FY 2016 deployment served as a "User Feedback Phase." Funded entirely by SMART, this phase of TAP was used to evaluate the onboarding and vetting process, technology, training and support, as well as to provide an opportunity for tribes to share best practices and lessons learned. By the end of August 2016, the TAP team began collecting quantitative metrics on its use and qualitative feedback on how well the process worked. 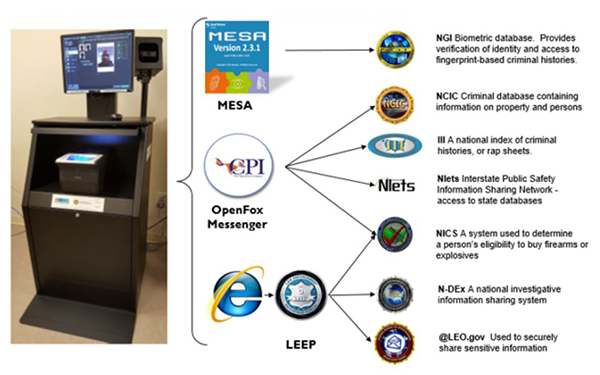 Under TAP, tribes have successfully begun entering information directly into the federal databases, resulting in 121 sex offender registrations and 89 sex offender check-ins, dozens of instances of data entry prohibiting someone from being able to purchase a firearm, nearly 350 orders of protection entered or modified and over 700 fingerprint-based record checks for civil purposes that include employment, tribal housing placement and background checks for personnel who have regular contact with or control over Indian children.

Specific accomplishments have included the following: 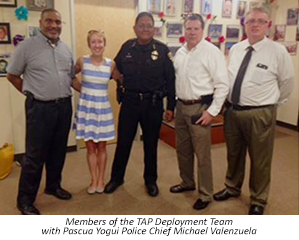 One particular success story was recently given the 2017 FBI National Date Exchange, or N-DEx, Excellence in Information Sharing Award:

A detective sergeant with the Suquamish Tribal Police Department in Washington state was conducting an investigation into the kidnapping of an elderly vulnerable adult, but had only a partial name of the female suspect who had driven him off the reservation. The case was time sensitive since the victim had dementia and had no access to his daily medications. The detective sergeant logged on to the FBI's N-DEx System and found the suspect's telephone number and a police report from another county that contained her full name and date of birth. The N-DEx record also listed a previous, male victim who had an active protection order in place against the suspect. That victim gave information on the suspect's car that allowed the investigator to track her down and rescue the victim, who otherwise might never have been found.

In late 2016, DOJ announced the expansion of TAP to 10 additional sites. This phase of TAP was funded by the SMART and COPS offices, and supported with technical assistance from OCIO. The COPS Office provided $1 million and the SMART Office provided $1.75 million in prior fiscal year funding toward the expansion to tribes across the country, from Alaska to California to Wisconsin.

While TAP has been instrumental in advancing public safety for the 33 tribes participating in the program, all of Indian country needs better access to national crime information databases: 54 tribes expressed interest in the Tribal Access Program during the FY 2017 selection process, but only 10 were able to enroll. The Justice Department is committed to advancing public safety for Indian nations through maintaining and expanding TAP. Please check the TAP website at www.justice.gov/tribal/tribal-access-program-tap for future opportunities to participate in the program.

A full listing of the tribes participating in TAP is in the map below.